Kibera Slum in Nairobi, Kenya is one of the largest slums in Africa.  Kibera is approx 2.5 sq km, with a population estimated between 220,000 and 250,000 people.  The inhabitants of Kibera face a magnitude of problems including: poor shelter, lack of food, education, HIV and a lack of healthcare facilities. 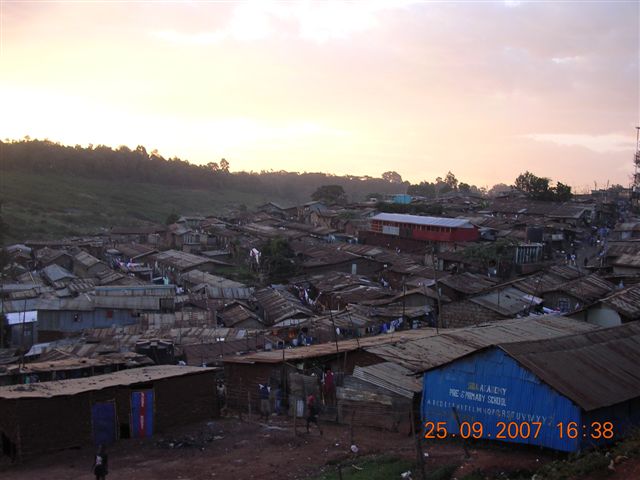 Excel Concepts was set up by Zuri Design and Excel NGO in 2006 and is now a self sustainable workshop. It was started to provide employment for a small number of former street boys, young men forced to live and survive on the streets from a young age. A number of the men were addicted to glue sniffing.


In the Excel workshop jewellery beads are made from cow bone, a complicated and skilled job. The beads are bought by fair trade company Zuri Design and other local and export businesses.   It’s been very difficult to get the project to where it is now i.e. producing quality beads which provide continuous employment for these men. The men have overcome a number of personal problems including drug addiction to make their workshop a success.

The Zuri Foundation started fundraising for the workshop in 2010 to help improve health and safety standards at the workshop, a move that creates a safe and better working environment and subsequently  increases the number of young people that can be employed. Safety standards in slum workshops are limited to non existent. This is because buyers often take advantage of the workshop location and pay far too little for the men's hard and skilled work.

What has the fund raised money been used for?

To date the money raised has been used to purchase a workshop which is owned by the project Excel Concepts. Owning their own workshop means that the workshop will be able to avoid the frequent rent increases and means any workshop improvements made are permenant.

Ownership also empowers the young men and motivates them to ensure a long future for their business, securing work for more and more young people from Kibera.

What will future funds be used for?

We are now raising money to install a legal electricity supply. In the slum workshops have no choice but to use illegal and dangerous electricity supply. The charges to use such supply is higher than the going rate. In Dec 2011 a fire started in the workshop compound, the cause is beleived to have been an overloaded illegal supply. Excel Concepts workshop was not damaged but many young men lost their workshops and jobs overnight. It is paramount that a legal supply is fitted to Excel workshop. The aim is that other workshops in the area will look to Excel Concepts as an example of how their workshop could operate and slowly change will happen to better the lives of these young people and others that will work in this growing industry.